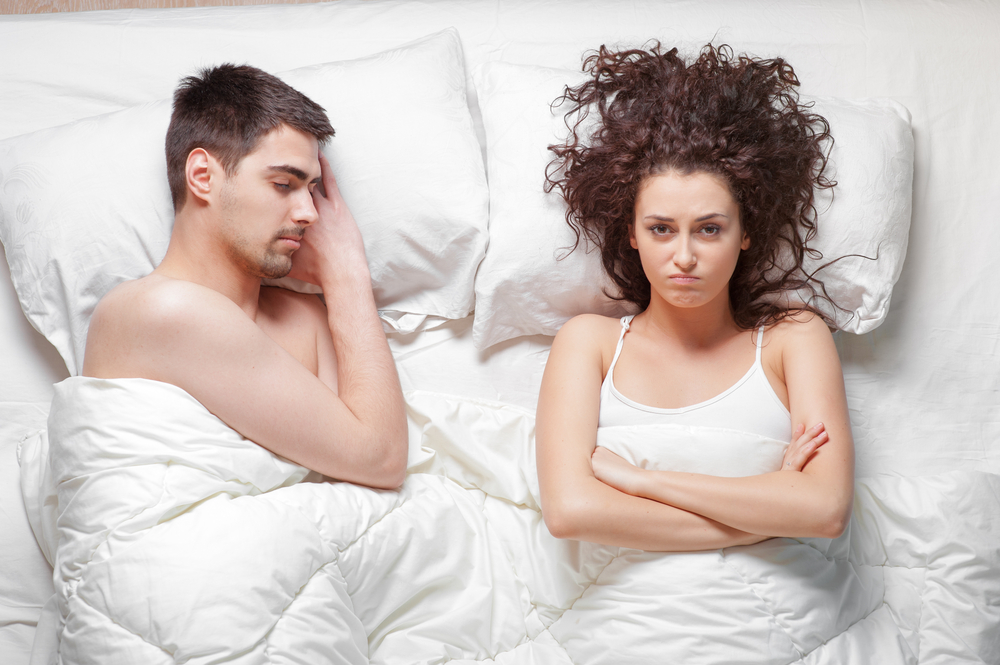 Loss of libido (commonly referred to as sex drive), a common reason for strained relationships, is a major concern among young couples. Tight schedules, sedentary lifestyles, unhealthy dietary habits and of course stressful work hours are some of the common reasons for most of us to sideline our overall health, of which sexual health forms an important part. However, there are effective ways by which we can manage sexual problems such as reduced libido in men and women. But before we share some simple tips and tricks to improve your sex drive, read more on the common reasons for reduced sex drive

Low libido (commonly referred to as sex drive) is one of the most common problems affecting both men and women and can be a major cause for strained relationships for many couples.  It may also influence a person’s mental well-being and self-esteem. To solve the problem, it is important to know the root cause for the same, which could be several. However, some of the most common causes are:

When one is stressed, the body releases hormones such as adrenaline and cortisol that can play an important role in reducing libido in both males and females.

During menopause, the estrogen level in the body drops. Similarly, a dip in the testosterone levels could also be a reason for the loss of libido.

Get Better Performance, Endurance, And Stamina. Check Out Our Latest Sexual Wellness Store For Men & Women.

Depression has been found to be linked with medical conditions such as erectile dysfunction and sexual problems such as loss of libido.

Excessive use of mind-altering substances such as alcohol or other drugs negatively impacts the nervous system which makes it harder for the body to respond to sexual arousal and needs.

An uncontrollable urge to move one’s’ legs is a common problem among many males. Men with RLS are at an increased risk of sexual problems compared to others.

Lack of sleep leads to an increase in the cortisol levels in the body and therefore affects the sexual drive. It is important to catch up on sleep, as and when needed, to avoid such complications.

Consistent use of certain medicines to treat medical conditions such as depression, high blood pressure, and diabetes can also affect the sexual drive negatively.

Tips To Boost Your Sexual Health

Here are some practical ways by which you can manage the loss of libido and boost your sexual health:

It is important for an individual to connect verbally before the physical connection takes place. Make sure you are aware of your partner’s likes and dislikes to avoid any kind of awkwardness at that time. In case of an argument with your partner, make sure you communicate and resolve it rather than building resentment within. You can even take professional help to clear the differences in your sexual relationship.

2. Watch What You Eat

Foods rich in omega-3 fatty acids and arginine help in increasing circulation and stimulate your zeal to have sex. Include aphrodisiac foods such as spinach, dark chocolate, peppers (especially red), pomegranate, watermelon and pesto in your daily diet. Stay away from animal proteins. Instead include fruits such as walnuts, avocados, berries, broccoli and beans and legumes to your daily meals in different forms.

Studies suggest that sexual wellness is directly related to physical fitness of both men and women. Post a workout, with high blood circulation, it is recommended to have sex after exercise. Opt for an exercise regimen for at least 5 days a week. During work hours choose stairs over the elevator.

Stress is a major buzz kill for sexual desire and meditation has been found to be very helpful in reducing it. Meditation helps to improve your focus, improves blood circulation and increases DHEA levels in the human body. Increased DHEA levels of the body eventually help to improve the mental and emotional well-being. Studies also reveal that DHEA also helps to increase the sexual drive by normalizing the testosterone levels.

Studies suggest that deficiency of testosterone in men can lead to reduced libido. Make sure you get your hormones monitored regularly. You can try different ways to improve the testosterone levels in the body such as artificial supplementation via injections, patches, and diet changes. However, it is best recommended to consult the doctor before taking these medications.

Poor sleep cycle can put the body in a state of distress and cause reduced libido. It lowers testosterone levels, increases emotional stress, increases fatigue and contributes to depression and anxiety. Make sure you get a sleep of 6-8 hours each day to help your body restore its instinctual needs.

Instead of opting for chemical preparations, opt for natural herbs and medicinal plants such that support a healthy sex drive. Literature suggests herbs such as Ashwagandha, Maca root, Ginseng, and Damiana.

What Is Erectile Dysfunction? Read To Know!