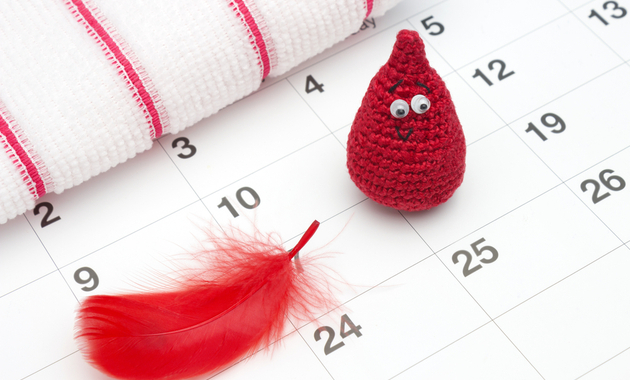 In this interview, some of the common myths have been debunked.

Should one avoid khatta, spicy and oily foods prohibited during periods?

It is a myth to avoid khatta, oily or spicy foods altogether during periods. But if you are experiencing bloating or acidity before your periods then you are advised to avoid these foods or reduce the intake during periods.

Does taking shower or head bath during periods pose any health problems in females?

Medical science does not support any such myth. One should shower regularly during periods as well to maintain a good hygiene.

Is sexual intercourse during menstruation safe?

If a female has a regular 28-day cycle, then the ovulation takes place around 14th day of periods so the chances of pregnancy are very less. But in case you have irregular periods then you may get pregnant if you have a sexual intercourse during your periods. It is though advisable to use a barrier method such as condom during sexual intercourse during periods to avoid any kind of STD’s(Sexually Transmitted Diseases)

Are heavy periods a thing to worry?

Different people have a different perception of heavy bleeding during their periods. Ideally, 80ml of blood loss is normal during periods but,if you have to change your sanitary napkin every 2 hrs or experience clots or have sudden change in the cycle from regular to heavy, then it’s a cause of concern and may even lead to anemia over a period of time or may indicate some underlying condition.

Yes, Birth control pills help in regulating the cycles and control your bleeding and regulate your hormones as well. These effects are temporary until the time you are taking the pills. For conditions such as PCOD, one should adopt a healthy lifestyle to regulate the cycle.

Can one lose her virginity by using a tampon?

Losing your virginity does not mean breaking of the hymen. Virginity means never having sexual intercourse. Talking about Hymen, which is considered to be the sign of virginity, it can break due to several reasons such as cycling, exercise, horse riding and yes, sometimes on using a tampon as well.

Should one exercise while menstruating?

Yes, you can exercise during your periods. Maintain proper hygiene to avoid any rashes and change your pads frequently.

Does no period or missed period means pregnancy?

A missed period does not mean pregnancy always but is the most common diagnosis of a missed period. There might be other reasons as well such as hormonal imbalance. Get yourself checked by your gynecologist.

Does brown bleeding signify any infection?

Brown bleeding not necessarily signify infection. It is commonly seen in other circumstances as well such as in women with IUCD, PCOD or some cyst. Generally, in an infection, there is heavy bleeding or foul-smelling discharge.

In a normal woman’s menstrual cycle, having a small amount of white discharge in the menstrual cycle is normal. But, if the discharge is foul-smelling or itchy then it may suggest an infection and you should consult your gynecologist.

Not necessary, but yes it may pose a difficulty as the egg formation in the woman might be delayed causing difficulty in conceiving.

How frequently should one change the sanitary pad during periods?

A pad should be changed every 4hrs in normal days It is very important to remove tampon every 4-8 hrs as it may result in infection if stays in the body for long such as toxic shock syndrome.

Which is a healthier option: sanitary pad or tampon?

For younger girls definitely, a sanitary pad is advisable, but if you experience some problems like repeated rashes then you may switch to tampons as well.

It’s not necessary. As women who have late puberty will just have a late menopause. Difficulty in pregnancy is not related to the time of onset of pregnancy. If you are getting regular periods, there wouldn’t be any difficulty.

– Keep a track of your cycle.

– In case of heavy bleeding, do not shy. Discuss with your doctor.

– Change your sanitary pads every 4 hours during periods.

– In case of any irregularity in periods, repeated rashes or any foul smelling discharge, consult your doctor immediately.

This article has been formulated from the interactive session held with Dr. Astha Dayal, a Consultant Gynaecologist and Obstetrician.

8 Awesome Ideas To Celebrate A Green Diwali
Happy New Year: Tips To Stay Healthy During Festiv...
9 Condom Mistakes You Should Never Make!
6 Small Steps Towards A Painless Neck And Back
7 Ways To Use Tea Tree Oil For A Healthier You
Do You Get Acne Too Often? 5 Tips For You To Try T...
Delayed menses Scanty menses Amenorrhea, GYNAECOLOGICAL, Heavy menstrual bleeding, Menstrual pain, Pain during menstruation, Premenstrual syndrome, Premenstural syndrome (PMS), Women's Health