Autitam 800 Tablet is used in the treatment of Alzheimer's disease, stroke, and memory loss in Parkinson's disease. It can also be used to treat age-related memory loss and head injury. It works by improving communication between the nerve cells and protects the brain.

Autitam 800 Tablet may be taken with or without food. It is advised to take this medicine at the same time each day to maintain a consistent level in the blood. If you miss any doses, take it as soon as you remember. Do not skip any doses and finish the full course of treatment even if you feel better. This medication mustn't be stopped without talking to your doctor as it may result in twitching or jerking movements and even relapse of the disease may occur.

Some common side effects of this medicine include nervousness and abnormality of voluntary movements. However, these are temporary and usually subside on their own after some time. Please consult your doctor if these do not subside or bother you. It may also cause dizziness and sleepiness, so do not drive or do anything that requires mental focus.

This medicine may cause weight gain, therefore, you should have a balanced diet and exercise regularly. Taking Autitam 800 Tablet can affect platelet aggregation, so inform the doctor if you have bleeding problems or if you are on medications that help to make the blood thin.

Autitam 800 Tablet improves learning, memory, and information processing (cognitive function) in people with mild to moderate Alzheimer's disease. These problems in memory and thinking may start interfering with daily activities and worsen your condition. This medicine will help in managing Alzheimer’s disease effectively. It will make it easier for you to carry out your daily activities and improve your quality of life. It can take several weeks for your symptoms to improve; so keep using the medicine even if you do not think it is working.

A stroke is a medical emergency that occurs due to damage to the brain. Autitam 800 Tablet helps in speeding up the recovery process in patients who have undergone stroke. It decreases brain damage, promotes healing, and enhances the overall health of the patient.

In Dementia in Parkinson's disease

Memory loss or forgetfulness can be a normal part of aging. As people get older, changes occur in all parts of the body, including the brain. As a result, some people may notice that it takes longer to learn new things, they don't remember things well, or they keep things, like their glasses, and forget where they had kept it. Autitam 800 Tablet helps to balance those chemicals in the brain that are responsible for memory. Also, it improves the blood supply to the brain. This helps to improve the health of the brain and enhances memory. This will make your life better.

In cases of head injury, damage to the brain may cause further complications. Autitam 800 Tablet helps the damaged tissues to heal faster and improves patient condition. It is usually given for a longer duration. Keep taking it as prescribed to get maximum benefit.

Side effects of Autitam Tablet

Common side effects of Autitam

How to use Autitam Tablet

Take this medicine in the dose and duration as advised by your doctor. Swallow it as a whole. Do not chew, crush or break it. Autitam 800 Tablet may be taken with or without food, but it is better to take it at a fixed time.

Autitam 800 Tablet is a nootropic medicine. It works by increasing the activity of a chemical messenger (acetylcholine) which improves communication between the nerve cells. It also protects the brain and nervous system against shortness of oxygen.

Q. If I do not see an improvement in my symptoms, can I stop taking Autitam 800 Tablet?

Q. What is the correct way of taking Autitam 800 Tablet? 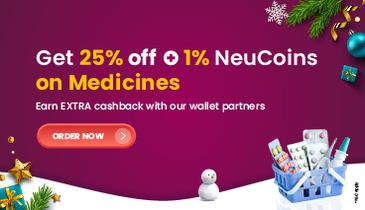