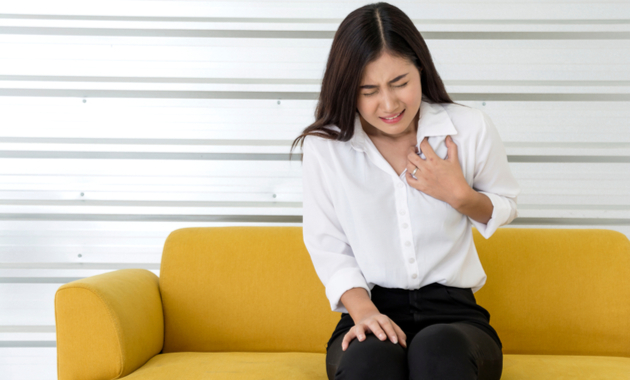 There has been a common belief that women do not suffer from coronary heart disease often and thus are at low risk of a heart attack. However, this is not true as heart disease is currently the number one killer of women irrespective of the age, race, and ethnicity. Moreover, it also strikes at a younger age in women unlike what most people usually thought of. According to a 2017 study published in the Indian Heart Journal[1], coronary artery disease accounts for 1 out of 3 deaths in women regardless of race and ethnicity. It is the leading cause of mortality and morbidity in both men and women accounting for over one-third of total deaths.

Here are a few key interesting facts you need to know about heart disease in women.

#1. There is a common perception that heart disease is a man’s disease and women are more likely to die because of breast cancer. In fact, most women believe that breast cancer is the leading cause of mortality in women. However, unlike breast cancer, heart disease can strike more often and lead to death at a very fast rate. According to a 2014 study[2], coronary heart disease (CHD) kills 215,000 women yearly as compared to 41,000 women who died due to breast cancer.

#2. The worldwide INTERHEART Study[3] has revealed that women have their first presentation of coronary heart disease approximately 10 years later than men, which is mostly after menopause. Despite this delay in onset, the rate of mortality due to heart disease is increasing at a rapid rate in women as compared to men.  According to several epidemiological studies[4] in India, rising trends could be attributed to a higher prevalence of conventional risk factors such as obesity, diabetes, and hypertension.

#3. Although women develop heart disease about 10 years later than men, they are likely to fare worse after a heart attack. The poorer outcomes are due, in part, to the failure to identify heart attack symptoms. Approximately 35% of heart attacks in women are believed to go unnoticed or unreported[5].

#4. The symptoms of heart attack in women are slightly different from those reported in men. The “tightness” or discomfort in the chest is not the only warning sign in women. Additionally, it can also have symptoms such as nausea, dizziness, breathlessness, perspiration, a sensation of fluttering in the heart, and fullness in the chest[5].

#6. Hypertension increases the risk of CAD in women and men by 4 and 3 times respectively.  The risk of high blood pressure and heart disease increase more specifically in women after the age of 45 years. Women have 15% higher prevalence of hypertension than men, which tends to increase disproportionately till the age of 80. Moreover, the risk increases further in obese women. It is reported that the risk of hypertension is 6 times higher in women with a body mass index (BMI) greater than 30 kg/m2[1].

#7. Smoking is one of the key risk factors for heart disease in women, particularly in women younger than 50 years of age[2]. Due to its anti-estrogenic effects, smoking quadruples the risk of myocardial infarction (MI) in young premenopausal women. Although only 8% of the women in Asian countries smoke compared to 60% men who smoke, the exposure to passive smoking and environmental tobacco smoke can up the risk of CAD. Moreover, the risk increases with the amount of tobacco consumed, which in turn is aggravated by the concurrent use of oral contraceptives[2]. However, the risk of CAD begins to decline within months of quitting smoking and tends to disappear within 3–5 years after you stop smoking.

#8. The risk of coronary artery disease (CAD) is higher in Asian Indians as compared to other ethnicities. Among Asian Indians, around 50% of all cases of myocardial infarction occur under the age of 50 years and 25% under the age of 40 years[1]. The family history of CAD in a sister is associated with 12-fold higher risk in women as compared to just 6-fold for a brother.

#9. Psychological factors that put women at significant risk for ischemic heart disease and myocardial infarction include depression, perceived stress at home, and major stressful events in life[4]. Compared to men, emotional stress is more likely to trigger an acute coronary attack in women. Limited evidence suggests that depression and other psychosocial risk factors might be more powerful risk factors in young women and is associated with poor quality of life and early mortality as compared to men.

#10. The clinical presentation of coronary artery disease in women varies from asymptomatic to severe unstable angina, which makes it difficult to diagnose heart disease and cause a delay in seeking treatment for heart disease. Women are less likely to undergo tertiary care interventions such as cardiac catheterization, angioplasty, and bypass surgery and participate in cardiac rehabilitation, which in turn affects the treatment and hamper the quality of life. So to facilitate proper diagnosis and treatment, women must avoid the wait and see approach and consult a doctor to seek care if suffering from any symptoms of heart disease.

(The article is reviewed by Dr.Lalit Kanodia, General Physician)

Why Indians Are More Prone To Heart Disease?

Check These Warning Signs Of Heart Attack In Women!!