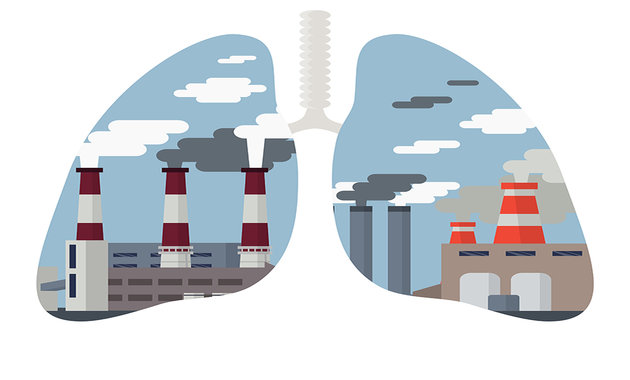 Are you worried about your sore throat? Does your child constantly complain about eye irritation and a runny nose? If yes, this may very well be due to the air that we are inhaling. The quality of air has dropped tremendously over the last few decades, and air pollution has become a major health concern, which results in various short- and long-term disorders.

Air pollution and its effect on health

Air pollution is defined as the presence of certain chemicals and compounds at levels that have a harmful effect on health. The burning of fossil fuels, exhaust from industries and factories, and mining operations are some of the common causes of air pollution. According to the WHO, sulfur oxides, ground-level ozone, particle pollution, lead, nitrogen oxides, and carbon monoxide are the six major air pollutants.

Air pollution can have a detrimental effect even on healthy individuals, including breathing difficulties or respiratory irritation. Children and senior citizens are the ones who are majorly affected.

Health effects of the common air pollutants are as mentioned below:

i) Irritation of airways, constant cough, and breathlessness.

i) Respiratory disorder resulting in wheezing and coughing

ii) Damage to eyes and skin

Know how homeopathy can help

Homeopathy is a holistic science and stimulates the body’s strength to fight a disease. It also helps in reducing the tendency to catch recurrent respiratory illnesses. Though medicines are selected as per specific symptoms and level of health of the patients ( the concept of individualization), some of the commonly used medicines are as follows:

1. Arsenicum album: It is the most commonly prescribed medicine as it is helpful in most of the complaints secondary to air pollution like asthmatic bronchitis, conjunctivitis, lung cancer, emphysema, and quick respiration.

2. Allium cepa: It is indicated in cases where nasal discharges are acrid, copious, and watery. Other symptoms include violent sneezing, cough, watering of the eyes, hoarseness of voice, and burning in the nose.

3. Bromium: Useful in cases of allergy to dust, asthma, dry cough, and breathlessness (particularly the sensation of breathing through a sponge).

5. Carbo veg: It aids in cases where complaints are a result of exposure to carbon monoxide, carbon gas, and combustion of fuels. Symptoms include longing for fresh air, long spasms of cough, quick respiration, and wheezing.

*Always consult a homeopathic practitioner before starting any medicines.

Air pollution is a common environmental health hazard with serious or sometimes even fatal consequences. Homeopathy can act as a curative or palliative mode of treatment, depending on the stage of the disease. With no potential side effects, these sweet pills can go a long way in taking care of your health.

8 Practical Ways To Manage Attention Deficit Hyper...
Acche Din.. Bure Din.. For People With Asthma
5 Amazing Health Benefits Of Camel Milk
Did You Know? Every 8 Minutes, 1 Woman Dies Of Cer...
Common Causes Of Eye Pain You Should Know About
What does your tongue tell about you
Asthma, homeopathy, Respiratory Disorders