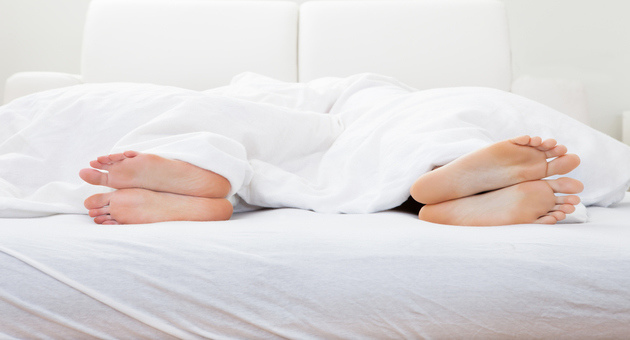 Erectile dysfunction (or ED) is the inability to achieve or sustain an erection suitable for sexual intercourse. Some of the common causes of the condition include; excessive medication, chronic illness, poor blood flow to the pelvic region and unhealthy habits such as drinking too much alcohol or excess of smoking. Men generally are hesitant to reach out to the doctor for treatment of erectile dysfunction. Here are few lifestyle changes or home remedies for erectile dysfunction.

How to cure erectile dysfunction at home?

-It is essential to stay physically active. It helps to maintain regulated blood flow to the pelvic regions. Erectile dysfunction has been found to be more commonly reported in men who are not physically active.

-Try different forms of physical workout such as running, swimming or brisk walking. Regular workout helps to keep lifestyle problems such as cardiovascular diseases, obesity, high cholesterol and stress away which also decreases the risk for erectile dysfunction.

-A healthy and balanced diet plays a very integral role in maintaining the flow of blood to the sexual organs such as the pelvis and penis. Nutritious and healthy eating habits reduce an individual’s risk for lifestyle problems such as obesity, vascular diseases and diabetes.

-Include fruits, vegetables, whole grains in your daily diet. Reduce or avoid the intake of foods such as red meat and refined grains as the increase the risk for erectile dysfunction.

-Intake of several forms of antidepressants, sedatives and antihistamines have been found to affect the male’s sexual response.

-The vascular processes that produce an erection are often controlled by the nervous system. Certain medications have been found to interfere with these critical nerve signals and therefore impair the sexual response.

-Fatigue and stress have been found to severely affect the sexual health. Psychological stress leads to increased adrenaline which further causes the contraction of the blood vessels.

-The contraction in the blood vessels inhibit the supply of blood to the pelvic region and help adversely affect the sexual health.

-If you smoke, quit smoking. Nicotine narrow downs the blood vessels and hamper the flow of blood to the pelvic region (including the penis).

-Studies suggest that acupuncture has been found to successfully reverse erectile dysfunction. It helps in improving the ability to maintain an erection, sustainable hardness during erection and improved sexual satisfaction.

-Research literature supports a significant role of two herbs such as Ginseng and Pomegranate in the treatment of erectile dysfunction.

–Ginseng has been found to increase the nitric oxide production thereby improving the blood flow. Pomegranate, a rich source of antioxidants has been found to be beneficial in preventing atherosclerosis. These are some easy to incorporate lifestyle changes and home remedies for erectile dysfunction.

Nicotine Gum: Your Aid To Quit Smoking
6 Ways To Avoid Falling Sick This Monsoon
Planning To Go For A Second Opinion? Things You Sh...
6 Easy Tips To Get Relief From Back Pain And Stiff...
Do You Get Acne Too Often? 5 Tips For You To Try T...
World Breastfeeding Week 2018: Why Is It Important...
Drugs for Erectile Dysfunction, Men's Health, SEX STIMULANTS REJUVENATORS