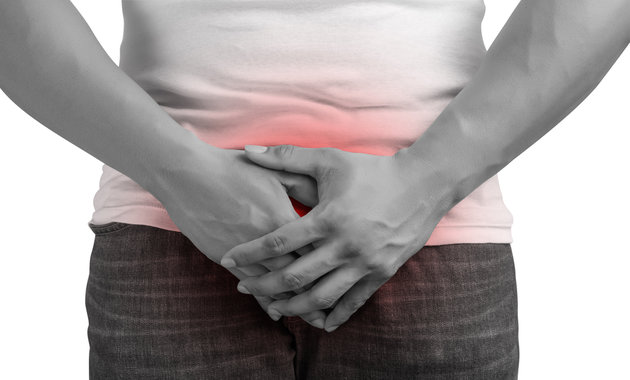 Prostate cancer is a disease that primarily affects the elderly. It is relatively common in people above 65 years of age, although people in their 50s may also suffer from the condition. It has become a major health concern around the world during the last few decades. It is reported to be the second most common cause of cancer in men worldwide and the fifth most common cancer overall[1]. It is the sixth leading cause of cancer mortality (deaths) in men globally. According to a 2015 study published in the journal Prostate International[1], it is expected that prostate cancer might lead to 1.7 million new cases of prostate cancer and 499,000 deaths by 2030.

The rate of incidence and the prevalence of prostate cancer varies across the world. It is highest in North America and lowest in South Asia. The incidence rates in India are less than one-tenth of the rates seen in the United States, however, there is a rising trend off late. According to a 2014 study titled “Epidemiology of prostate cancer in India”[2], it is the second leading cancer in men in four main Indian cities namely Delhi, Kolkata, Pune and Thiruvananthapuram.

The population-based cancer registries (PBCRs) of India showed a statistically significant increasing trend in the incidence of prostate rates in the past 20 years. The cancer projection data estimated that the number of cases will become alarmingly doubled by 2020[2]. This is the reason why every man in India should be aware of prostate cancer to diagnose it at an early stage and get it treated.

The prostate is a small gland located in the lower abdomen in men. The gland is regulated by the hormone testosterone and produces prostate fluid, which is one of the components of seminal fluid or semen. When there is an abnormal growth in the prostate cells, it leads to prostate cancer. Cancer can spread to other parts of the body.

1. Diet: Some experts believe that a diet rich in fats play a key role in increasing the risk of prostate cancer.  Men who consume a diet loaded with unhealthy fats such as red meat, and pork and cooked at high heat are more likely to develop cancer. This is because it causes the production of carcinogenic compounds which increase the risk of cancer in non-vegetarians[4].

Moreover, it is also reported that excess fat stimulates the production of testosterone, which in turn acts on the prostate gland and stimulate its growth. High levels of testosterone can trigger abnormal division of prostate cells leading to cancer.

2. High Body Mass Index (BMI):  People with a BMI greater than 24.9 were twice at a higher risk for prostate cancer as compared to those with BMI less than 25[4]. Moreover, the association between metabolic syndrome and risk of prostate cancer was stronger in people who were overweight and obese (particularly those with BMI ≥ 27 kg/m2).  As BMI is directly related to diet and physical activity, it might be possible that those who are obese (BMI greater than 24.9) are eating a high-fat diet and are probably less active.

3. Pesticides: In India, a large section of men in rural areas are exposed to potentially harmful chemicals such as pesticides either occupationally or environmentally. Due to poor handling of these pesticides which contain carcinogenic compounds, it is known to cause toxicity and increase the risk of cancer. Moreover, exposure to organochlorine pesticides, which possess estrogenic properties, can also increase the risk of prostate cancer[4].

4. Family History: It is estimated that approximately 5-10% of cases are inherited. Genes could be responsible for around 40% of cases of cancer in men younger than 55 years of age. One of the genes that are shown to increase the risk is a recurrent mutation in the HOXB13 gene. Moreover, the risk increases further if you have fa irst-degree relative suffering from prostate cancer. The relative risk of a father to son is 2.5 times whereas that between siblings is 3.4 times[3].

5. Comorbid conditions: Certain health problems can up your risk of prostate cancer. These include a clinical history of diabetes mellitus and hypertension. Studies[4] have reported that people who have a history of diabetes were four times at a higher risk of cancer as compared to those with normal blood glucose level. Also, the history of hypertension increased the risk of prostate cancer to threefold as compared to those with normal blood pressure readings[4].

In addition to this, there are certainly other factors that were known to up the risk of cancer such as smoking, alcohol, and vasectomy. However, there is inconclusive evidence on the association of lifestyle factors like chewing (betel leaf with or without tobacco, pan masala, gutka), smoking (bidi, cigarette) with prostate cancer[5].

How do you know if you have Prostate Cancer?

1. Pakzad R, Mohammadian-Hafshejani A, Ghoncheh M, et al. The incidence and mortality of prostate cancer and its relationship with development in Asia. Prostate Int. 2015 Dec;3(4):135-40.