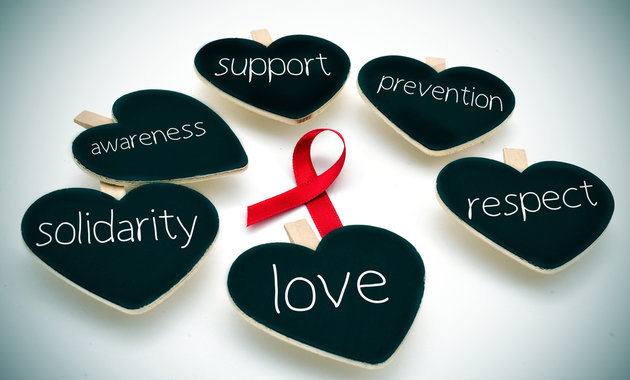 1. Fact: AIDS is not caused through sex only

HIV can be transmitted through unsafe and unhygienic usage of needles. This can occur in hospitals, tattoo parlors and in people taking intravenous drugs. Also, breast milk from an HIV infected mother can cause HIV in the new born.

An HIV-infected person is said to have an AIDS diagnosis when HIV has weakened their immune system to the extent that they either have, or are at unusually high risk of getting, certain diseases that are uncommon in persons with a healthy immune system. It is important to know that not all HIV-infect people develop AIDS.  Effective HIV treatment can often slow or stop the progression of HIV disease and keep a person from developing AIDS.

3 . Fact: Living around HIV positive people is not dangerous

You can only get HIV if you are exposed to blood, semen, vaginal fluid, or mother’s milk from an HIV-infected person. There is no record of HIV transmission through tears or saliva.  So if you are around people infected with HIV, there is no danger of becoming infected with the virus by breathing the same air as them, eating food handled, prepared, or served by them, sharing toilets, phones, or clothing with them, sharing utensils with them or touching, hugging or kissing them.

4 . Fact: You cannot get HIV from mosquito bites

Although HIV can be spread through blood, there is no evidence that mosquito bites can transmit HIV, even in areas where there are many HIV-infected persons and lots of mosquitoes. In fact, when mosquitoes bite, they don’t inject the blood of the person or animal they have last bitten.

5 . Fact: You cannot get HIV from swimming pools

HIV can’t survive in water, so you won’t get HIV from swimming pools, baths, shower areas or from drinking water.

6 . Fact: HIV is not spread by coughing and sneezing

5 Simple Yoga Asanas For Back Pain
5 Foods To Keep Your Triglyceride Levels In Check
How To Get Rid Of Corns And Calluses
Piles: What Else Could It Be?
10 ways to Lower Cholesterol without Drugs
E-cigarettes: Poison In Your Lungs
ANTI INFECTIVES, Men's Health, OTC, Women's Health