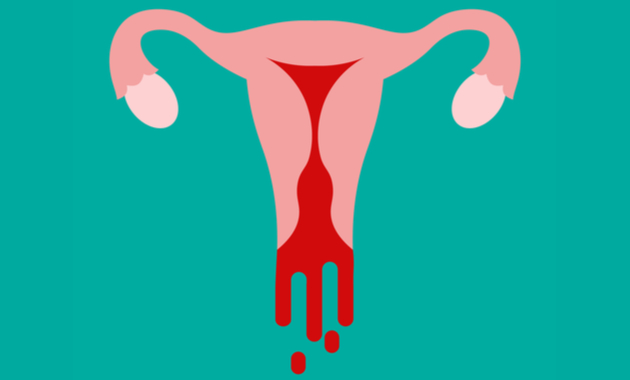 Sonia is a 40-year-old working professional who lives a healthy lifestyle. But from the past three months, she has been experiencing abnormal vaginal bleeding. This is quite strange given that her periods very regular and she never had any hormonal or health issues. In addition to irregular menses, her periods lasted for more than 10 days.

Initially, she ignored it because she was going through a lot of stress in her professional and personal life and thought it could be due to stress. But her condition failed to improve and she consulted a doctor. On getting all the tests done ordered by her gynaecologist, she underwent D&C procedure. She is currently doing fine with her periods back on track.

What Is Normal Vaginal Bleeding?

Menstruation or normal vaginal bleeding occurs every 21 to 35 days when the uterus sheds its lining[1]. It marks the beginning of a new reproductive cycle. It happens when an egg is released by the ovary doesn’t get fertilised by a sperm causing the uterus to shed. Generally, a menstrual period lasts around three days to a week. The blood flow can be light or heavy and can still be considered normal given you get regular periods. Irrespective of the duration of the menstrual cycle, if the monthly cycle is fairly consistent, it is considered normal. The common symptoms of menstruation are[1]:

Abdominal or pelvic cramping: Women who are menstruating also complain about abdominal pain or pelvic cramping which happens because of the contraction of the uterine muscles. If the cramps get too much to bear, you should consult a doctor and get a pelvic exam.

Bloating: This is caused due to hormonal changes that happen during menstruation. It promotes increased water retention by cells in the body as a result women tend to feel like bloated.

Food cravings: Women also report increased food cravings during periods which is attributed to the severe surge in the hormonal levels. It is seen that women crave sweets and fried foods during that time of the month.

Mood swings and irritability: During that time of the month, women tend to suffer from mood swings and get increasingly irritable towards their surroundings. This could be due to the sudden changes in the hormones.

The other common symptoms that women may experience during menstruation include headaches, fatigue, weakness, and sore breasts.

What Is Abnormal Vaginal/Uterine Bleeding?

Heavy menstrual bleeding: While it is difficult to say what does heavy menstrual bleeding mean, according to experts, it is believed that if a woman changes more than six pads or sanitary napkins in a day or every 2-3 hours, it is considered to be heavy bleeding. This could be a sign of concern as it may indicate a likelihood of underlying diseases like polycystic ovarian syndrome, uterine fibroid or endometriosis. So consult your doctor to know the cause of it and get it treated.

Bleeding between periods: Bleeding or spotting that occur between periods should be taken note of as a sign of abnormal uterine bleeding. This might indicate hormonal imbalance, infection, thyroid disease, stress or in rare cases cancer. So it is important to know the root of abnormal bleeding before it is too late to detect and treat.

Bleeding with many clots or large clots: Menstrual blood contains cells, tissues, mucus and blood which is caused due to the shedding of the uterus lining. However, if you observe blood clots or large lumps or clots in menstrual blood, then it is wise to consult a doctor. Also, if you are pregnant and are passing clots, then call your gynaecologist immediately as it is not a sign of a healthy pregnancy. In fact, any sort of vaginal bleeding during pregnancy shall be immediately addressed.

Bleeding that lasts more than 7 days: Ideally, periods should last for 3-5 days but in some cases, it may last for a week. However, if the bleeding continues for longer periods which is for more than 7 days, then it is considered as a sign of abnormal vaginal bleeding.

Bleeding occurs less than 21 days from the last cycle: It is considered abnormal bleeding if the bleeding occurs at an irregular time compared to your normal menstrual cycle, which means in between your periods. Also, if you experience spotting which may occur less than 21 days after your last menstrual cycle then do fix an appointment with your doctor to rule out any hormonal or health complications.

Pelvic pain or pressure: It is quite common to experience abdominal cramps during menstruation. However, if you have severe pain in the lower abdomen or report pressure in the pelvic region along with heavy or abnormal menstrual bleeding, then it is a sign of concern. In simple terms, if the pain hinders with your daily activities, then it is not a sign of normal menstruation.

Remember that it is important to consult a doctor and get a pelvic exam even if there is a slight change in your vaginal bleeding pattern. This is because abnormal vaginal bleeding could be a sign of various health problems right from stress and hormonal disorders to depression and cancer. So do not wait till it is too late to book an appointment with your gynaecologist. Stay aware, stay healthy!

What are the symptoms of menstruation? [Internet]. National Institute of Child Health and Human Development US. 2018 [cited 29 August 2018].