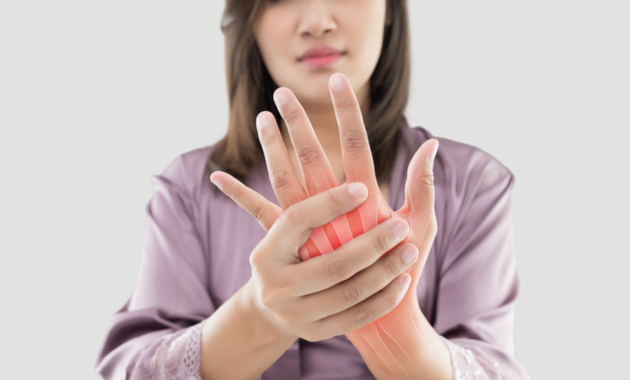 Arthritis is a common condition that affects the bones and joints. Rheumatoid arthritis (RA) and osteoarthritis (OA) are the common types of arthritis seen in India. According to a 2016 study published in the Indian Journal of Orthopaedics[1], osteoarthritis is the second most common rheumatological problem. It has a prevalence rate of around 22% to 39% in India. The prevalence of RA in India is around 0.7%. So according to the 2011 Census of India, of the overall 1.21 billion population in India, around 9 million people could be affected with RA[2]. The rate of prevalence increases dramatically with age.

Are you at risk of arthritis?

There are several factors which increase your risk of arthritis or even make the condition worse in people already suffering from the condition. So knowing about these factors can help you to manage the condition better.

Here are a few risk factors for arthritis, some of which you can control and lower the risk of developing the condition.

Being overweight is one of the most common modifiable risk factors of osteoarthritis. It goes without saying the being overweight or obese can only increase your risk of various metabolic diseases such as diabetes and heart disease but also increase the risk of arthritis. A 2004 study by March and Bagga showed that the risk of knee OA increases by 36% for every 2 units increase in the body mass index or BMI (5 kg of weight gain)[3].

The risk increased with increased exposure to high BMI during adulthood, which can start as early as 20 years for men and 11 years for women[4]. Obesity also increases the severity of the condition. People who are obese and suffer from OA has more severe joint degeneration as compared to those who are underweight but suffer from the condition. The excess weight increases pressure on the weight-bearing joints such as the hips and knees. Hence, maintaining a healthy weight is the key to lower your risk and prevent arthritis.

Most people are not aware of the fact that joint injuries can lead to a condition known as post-traumatic arthritis (PTA). It accounts for around 12% of all osteoarthritis cases[5]. The condition can occur at any age and may develop from any kind of acute physical trauma to the joints due to sports, accidents, fall or military injury.

Although a single trauma can increase the risk of arthritis, repeated injuries and excess body weight can further increase the risk. The persistence of symptoms such as swelling, severe pain and synovial effusion even after a span of six months is a cause of concern and can be considered as chronic PTA.

Smoking is one of the widely studies preventable risk factor for arthritis. Studies have suggested an increased risk of developing RA with cigarette smoking[6]. Moreover, it can also worsen the disease in people who already suffer from the condition. It is estimated that smoking contributes to around 18 – 25% of the risk of RA in the general population who smoke. The risk is dose-related, which means the more you smoke, the higher is the risk of suffering from arthritis. The risk of arthritis and smoking is also found to be stronger in men as compared to women.

After you quit smoking, it might take around 20 years to return to the same level of risk as that of a non-smoker. However, passive smoking (secondhand smoke) and smokeless tobacco were not found to be associated with the risk of RA. So if you are a smoker, quit smoking to lower your risk of RA in addition to lowering the risk of other common health complications associated with tobacco including cancer.

Yes, some infections can also increase your risk of arthritis. Bacteria, viruses, fungi, or parasites can cause an acute or chronic infection that can affect the joints and in turn, can lead to reactive or inflammatory arthritis. So if you are suffering from an infection or if your joints are warm, red, or swollen following an infection, it is wise to consult a doctor to rule out arthritis.

Most of us are aware of the fact that the risk of arthritis increases with age. However, it is not known that arthritis is more common in women than in men. Women are around two to three times more likely to suffer from RA as compared to men.  When it comes to OA, women are more likely to develop OA than men, especially after the age of fifty. And factors such as obesity further increase the severity and risk of arthritis in women. Moreover, women who have family members with OA are more likely to develop OA. Although the exact reason why women are more prone to arthritis than men is not known.

If you are aware of the risk factors for arthritis, then it becomes easy to know which of these factors can be controlled to help you prevent arthritis at a later stage of life.

Benefits of Kaunch beej for Arthritis

Rheumatoid Arthritis: Myths And Facts You Should Be Aware Of

2. Misra DP, Agarwal V, Sharma A, Wakhlu A, Negi VS. 2016 update of the EULAR recommendations for the management of rheumatoid arthritis: a utopia beyond patients in low/ middle-income countries? Ann Rheum Dis. 2017 Nov;76(11):e47.

Try These 5 Healthy Habits To Regulate Your Appeti...
8 Foods To Stay Away From If You Are Feeling Low
Find Out The 5 Key Differences Between Cold &...
Pneumonia Awareness: What You Must Know About!
Hemorrhoids: How To Prevent And Manage Piles?
Dexamethasone: Is It A Miracle Drug For COVID-19?
Arthralgia (joint pain), Arthritis, Bone, Joint & Muscle Care, Osteoarthritis, Osteoarthritis of knee and hip joints, Rheumatic pain, Rheumatoid arthritis