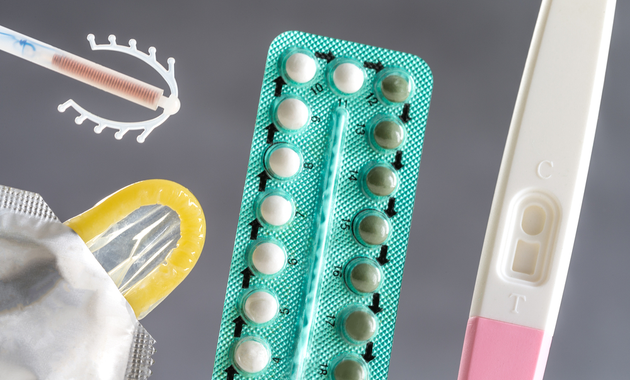 26th of September is observed as World Contraception Day every year with the aim to improve awareness about all the contraceptive methods available and help adults to make informed choices about their sexual and reproductive health.

The family planning program was introduced in India in the year 1952 to control the rapid growth of population. And of the most effective ways to achieve this is through the use of contraceptive methods. Although female sterilization was quite common in the family planning scenario in India, there are numerous birth control methods that have come into the picture. Some of these contraceptive methods not only prevent unwanted pregnancies but also provide protection from sexually transmitted diseases. So this World Contraception Day, let’s learn the pros and cons of the common birth control methods including the traditional methods.

Top 10 Contraceptive Methods To Be Aware Of!

Contraception is the intentional prevention of conception with the help of various devices, drugs or surgical procedures. Here is a list of top 10 contraceptive methods which are quite common and popular among the current generation.

Also known as coitus interruptus, around 73% of couples do follow this method to prevent pregnancy. In this method, a man withdraws his penis from the vagina during the act and ejaculates outside the vagina. It works on the principle that sperm is kept outside the vagina thereby preventing pregnancy. This method is found to be 96% effective in preventing unwanted pregnancies if used correctly and consistently. However, it is the least effective methods because it is quite difficult to determine the exact timing of ejaculation and withdrawal which increases the risk of ejaculating in the vagina.

Both male and female condoms act as a barrier that prevents the entry of the sperm into the vagina thereby hindering the process of fertilization. These are sheaths or coverings that are made from thin and transparent material and available in various flavors. Condoms also protect against sexually transmitted diseases (STDs) such as gonorrhea, herpes, chlamydia and HIV infection. Male condoms are 98% effective whereas female condoms are 90% in preventing unwanted pregnancies.

These pills are taken after having unprotected sex to prevent pregnancy. Usually, emergency contraceptive pills should be taken up to 3 days after unprotected sex. These pills work by delaying ovulation, thereby preventing fertilization and pregnancy. However, if the egg has already been fertilized before taking these pills or if you are already pregnant, then it may be of any help. Emergency contraception is found to be 99% effective when taken as per the recommendation. You can even talk to a gynecologist to know more about these pills.

These are available as small and flexible capsules or rods that are placed under the skin, preferably in the upper arm. They contain the hormone progesterone, which thickens the mucus and prevents the sperm and egg from meeting. It is known to be more than 99% effective in preventing unwanted pregnancies. You need to consult your doctor for getting these implants inserted and removed. On average, it can be used for around 3 to 5 years depending upon the type of implants used. These implants can lead to irregular vaginal bleeding which is quite common but not harmful.

This is a patch that contains the hormones progesterone and estrogen. The patch is placed on the skin which causes the release of both the hormones continuously through the skin. These are the latest contraceptive methods and not much research has been done. However, it is reported that the patch works effectively when used in a correct and consistent way. Also, it is much safer as compared to the combined oral contraceptives.

An intrauterine device is placed into the uterus which acts as a contraceptive. An IUD containing copper, also known as copper T, is quite common. The copper damages the sperm and prevents fertilization. IUD containing hormones are also used. These devices which are T-shaped are inserted into the uterus and cause a slow release of the hormone. These hormones thicken cervical mucus and block the meeting of sperm with the egg. It is found to be around 99% effective.

A contraceptive vaginal ring is a ring that is inserted into the vagina. The vaginal rings cause a slow and sustained release of hormones into the body thereby acting as a contraceptive method. These rings are available in one size that fits most women and contains both the hormones. It works by preventing ovulation and found to be effective when used consistently and correctly.

Male sterilization, also known as vasectomy, is a surgical procedure in which the vas deferens tubes that carry sperm from the testicles are cut and tied to keep sperm from ejaculated semen. It is more than 99% effective and acts as a permanent contraceptive method. Unlike popular belief, it doesn’t affect sexual performance in men.

Female sterilization is known as tubal ligation. It is a procedure in which the fallopian tubes are cut and tied to prevent eggs from meeting the sperm. It is more than 99% effective in preventing unwanted pregnancies. Ask your doctor to know more about this method.

Being aware of the common methods of contraception can help you to make an informed choice to prevent unwanted pregnancies. Do talk to your doctor if you want to opt for any specific methods of contraceptives before blindly opting for one. Read and spread the word by sharing this information with your friends, family, and colleagues.