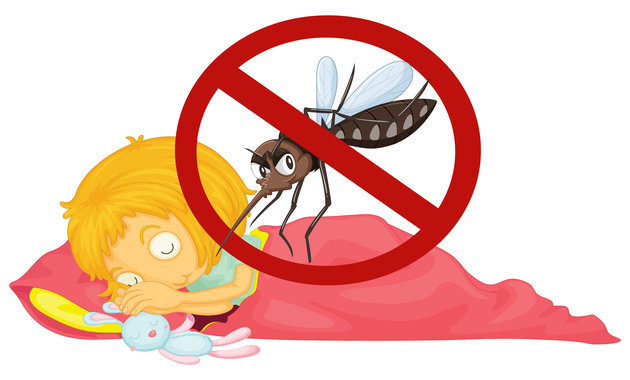 Like every other day, Avinash, a 30-year-old corporate employee, woke up to start his day and got ready for the office. But that day, there was something weird that he felt soon after he woke up – a little pricking type of pain in his head. He assumed it to be a normal headache and took a painkiller along with a cup of tea and got ready for his office. But it started getting more difficult for him as his body temperature began to rise and he could feel being feverish. He thought it to be due to a change in weather and got busy with work after reaching office. But soon after, he started to feel something is not good and his condition got worse. At around 11 am, he took his bag and left office with a terrible feeling of weakness.

He had no idea that the following days might become such a hell for him with high fever and joint pain. After 2 weeks of suffering these symptoms on and off with no respite whatsoever, he noticed rashes all over his body. That was when he was rushed to a hospital. After getting tested, the doctor confirmed that he is suffering from Dengue Fever.

Avinash was shocked as he had taken the utmost precautions to prevent the entry of mosquitoes in his house. His doors and windows had wire-mesh and a mosquito-net covered his bed. But he failed to notice that tiny hole in his mosquito net might have led the entry of mosquitoes and gave him a nightmare of his lifetime with dengue. And made his condition more severe. This was his lack of awareness about the symptoms of dengue and ignoring those, thinking that the condition might improve over time which has led to increased severity of the disease.

As16th May is observed as National Dengue Prevention Day in India, in this article, we are shedding some light on how deadly is dengue with focus on its signs and symptoms.

How Deadly Is Dengue?

Dengue is undoubtedly a deadly disease. According to a 2017 study[1], the number of dengue cases has increased around 30-fold globally over the past five decades. Moreover, the disease is endemic in more than 100 countries and causes an estimated 50 million infections annually. A study published in the International Journal of Infectious Diseases[2], revealed that India is home to nearly a third of the global population at risk of dengue.

Dengue fever is caused by a virus which is carried by female mosquitoes of the species Aedes aegypti. Just like malaria, dengue is a mosquito-borne viral disease that spread from one person to the other only when an Aedes mosquito infected with the dengue virus bites a healthy person. The disease can be prevented by ensuring proper measures to prevent the entry of mosquitoes in the home and preventing mosquito bite. But the most important thing is to know about the signs and symptoms as it can help in proper diagnosis and treatment of the disease.

So, if you want to save yourself from the complications of dengue before it’s too late, read below to get a quick review of the dangerous symptoms of this disease.

What Are The Symptoms Of Dengue?

Before you know about the key signs and symptoms of dengue, it is important to know the difference between symptoms of dengue fever and normal fever. A normal fever usually may cause throat pain, runny nose, weakness, mild body aches, and high body temperature. On the contrary, a dengue-infected person will show flu-like symptoms such as high-grade fever, severe muscular and joint pains along with pink color rashes all over the body within 24-48 hours of the onset of symptoms.

The fever onset usually occurs after 4-10 days of the mosquito bite and usually lasts for 2 – 7 days. High fever, possibly as high as 104°F/105°F (40°C) is mostly accompanied by one or two of the following symptoms which include:

-Mild bleeding from the nose or gums

Note: In younger children, these symptoms are generally mild but older kids and adults may have moderate to severe symptoms depending on the intensity of the infection.

The fever usually lasts for 5-7 days. But in some patients, fever may come down on 3rd or 4th day and may strike back. So if you notice any of these symptoms, visit your doctor and get tested for dengue with the help of NS1 antigen test as per your doctor’s advice.

You Can Even Book Your Dengue Test Online Now @ 1mg. Click Here!

After the first sign of dengue appears, it may take around 3-7 days for the disease to turn into a severe condition. This is the critical phase which can even lead to a drop in the temperature (which is not a sign that a person is recovering) but a sign that special care is needed. Because it is the time when further deterioration of health might occur. The warning signs which indicate severe dengue are:

-Rash all over the body

If you suspect any of these signs of severe dengue, it is a sign of danger. This indicates that the patient should be immediately admitted to a hospital and kept under your doctor’s observation to improve the condition.

Hence, it is not wise to ignore any flu-like symptoms and consult a doctor immediately if your symptoms fail to subside within 2 – 3 days. Beware of the bite, stay safe!!

4. Symptoms and Treatment. The Centers for Disease Prevention and Control (CDC). US.