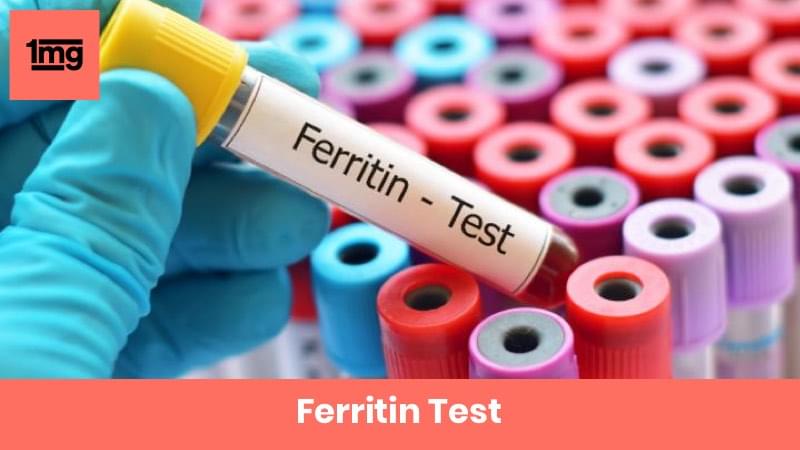 Ferritin is a protein that acts as the main storage for iron inside the cells. The Ferritin Test checks for the levels of the ferritin in blood to determine the levels of iron in the body and judge the body’s capacity to store iron.

Why is Ferritin done?

The Ferritin Test is performed:

·         To determine iron deficiency or iron overload in the body

What does Ferritin Measure?

Iron is an essential micronutrient that is required by the body in trace amounts. Iron plays an essential role in a number of body activities, the most important of which is in the formation and functioning of red blood cells or RBCs. Iron is an integral part of a protein called hemoglobin in the RBCs. RBCs transport oxygen from the lungs to other body tissues.

Iron is not produced by the body and its only source is diet. Only a minute quantity of iron is required by the body. Most of the iron obtained from the food is converted to hemoglobin in the RBCs. Excess iron absorbed from food is stored as ferritin and hemosiderin, and a small amount as myoglobin and enzymes. Ferritin is stored in the liver, spleen, bone marrow, and skeletal muscles. When iron levels in the blood drop, it is recovered from these stored iron reserves.

Iron deficiency may occur due to insufficient dietary consumption of iron, excessive loss of blood from injuries, bleeding during periods, during pregnancy, etc. Iron deficiency could also be because of diseases like Celiac disease which prevent absorption of nutrients from food. Increased ferritin levels in the blood may occur due to excess iron consumption through diet or iron supplements, multiple blood transfusions within a short duration, liver damage, alcoholism, or due to conditions like hemochromatosis where the body absorbs excessive iron from food. Ferritin is also an acute phase reactant which means that its levels increase in response to inflammation.  Increased ferritin levels can be observed in patients suffering from chronic infections, autoimmune diseases, liver diseases, kidney failure, and in presence of malignant tumors.

A very small amount of ferritin is found in circulation. Iron binds to another protein called transferrin in blood. The Ferritin Test is performed in combination with other iron measurement tests like Iron Test, Total Iron Binding Capacity (TIBC) Test, and Unsaturated Iron Binding Capacity (UIBC) Test. The results are interpreted accordingly.

Ferritin test results are usually interpreted in combination with other iron tests as follows:

Higher than normal levels of ferritin in blood is called hyperferritinemia.

Lower than normal levels of ferritin in blood is called hypoferritinemia.