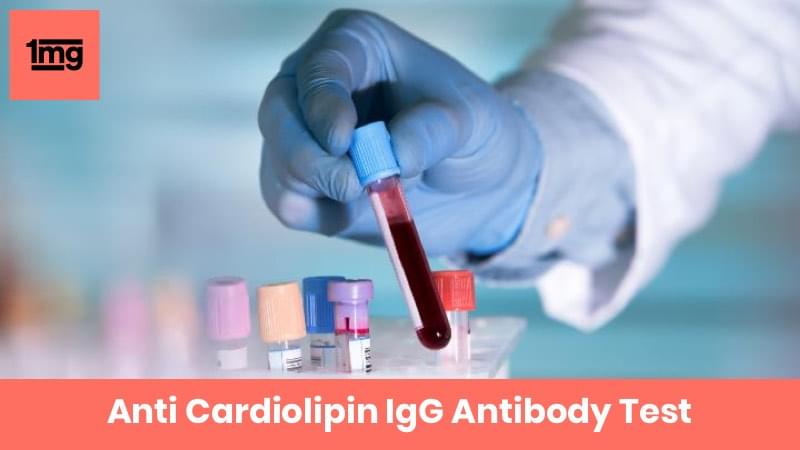 What is Acl IgG?

Anti-Cardiolipin is also known as aCL. The anti-cardiolipin IgG antibody test is advised to help investigate the formation of inappropriate blood clots or to help determine the cause of recurrent miscarriage. It is also done for evaluating antiphospholipid syndrome or other autoimmune diseases.

Why is Acl IgG done?

What does Acl IgG Measure?

Cardiolipins are lipid molecules that play an essential role in the process of blood clotting. The anti-cardiolipin antibodies target the cardiolipins which can result in an increased risk of developing recurrent inappropriate blood clots known as thrombi in veins and arteries such as in deep veins of the legs or lungs. These antibodies can also be related with low platelet count which is known as thrombocytopenia and recurrent miscarriages, especially in second and third trimester. It is also associated with premature labor and pre-eclampsia.

The anti-cardiolipin antibodies are the most common antiphospholipid antibody. These are a group of autoantibodies which are associated with excessive clotting and autoimmune diseases like lupus. These autoantibodies are detected with other antiphospholipid antibodies, such as lupus anticoagulant and anti-beta-2 glycoprotein 1. These may also be temporarily detected in people having acute infections, HIV/AIDS, some cancers, with drug treatments such as phenytoin, penicillin, and procainamide and in the elderly.

In case a person has formation of inappropriate blood clot, recurrent miscarriages, anti-cardiolipin antibodies, and/or another antiphospholipid antibody, the person may be diagnosed with antiphospholipid syndrome also known as APS. APS can be primary or secondary. The secondary APS is associated with an autoimmune disorder while primary APS is not.

Q. What is pulmonary embolism?
Pulmonary embolism is a serious condition which can develop in patients who have been left untreated for DVT. The pulmonary embolism can cause breathlessness, chest pain, or sudden collapse.
Q. What is deep vein thrombosis?
Deep vein thrombosis (DVT) is a blood clot which develops within a deep vein in the body, most commonly in the leg. In leg, it occurs in a larger vein which runs through the muscles of the calf and the thigh. It can lead to pain and swelling in the affected leg and can further lead to a complication known as pulmonary embolism. The symptoms of DVT include pain, swelling, and tenderness in the affected area. It can also cause a heavy ache in the affected area, warm skin in the area of clot, and redness of skin.
Q. How is the blood sample taken?
The healthcare provider takes a blood sample from the arm. The site from where the blood is to be withdrawn is cleaned with a swab of rubbing alcohol. This is then followed by inserting a small needle which has a tube attached to it for collecting blood. Once the sufficient blood for analysis is withdrawn, the needle is removed. The site is then covered with a gauze pad.
Q. Is there any risk associated with the withdrawal of blood sample procedure?
As such there is no risk but in few cases, bruising, bleeding, and infection at the puncture site can be seen. In very few cases, there can be swelling of the vein after the blood is withdrawn.
+ more

Kegan Path Labs mission is to provide accurate, precise and timely reports to all our patients and clients. And, keeping the laboratory standards as per the guidelines set by National and International organizations.
Know More