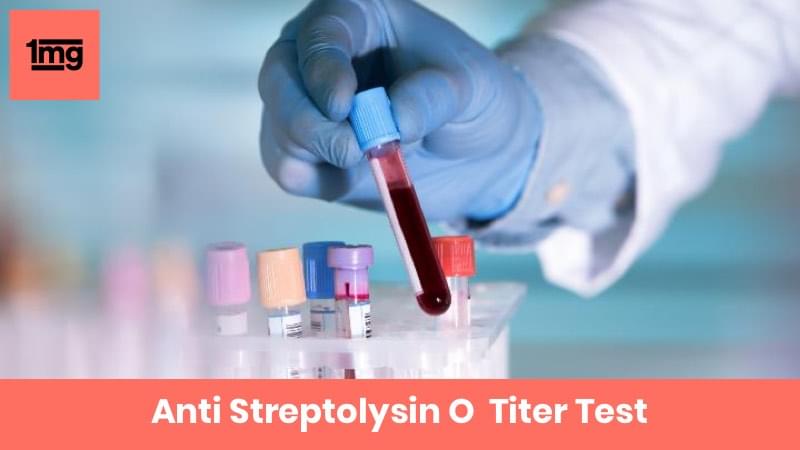 Why is ASO done?

The ASO Titer Test is performed:

What does ASO Measure?

Symptoms caused by an infection of Group A Streptococcus bacteria are caused mainly due to a toxin called Streptolysin O which is secreted by these bacteria. The body produces antibodies against Streptolysin O called Antistreptolysin O (ASO). Production of ASO antibodies by the body can begin anytime from a week to a month after an infection. Levels peak after about 3 to 5 weeks after the condition develops, after which they slowly taper off as the condition resolves. Increase in ASO levels is greater in case of throat infections than in skin infections.

Low ASO titer indicates no recent infection. This is confirmed if the low levels persist in the subsequent test performed after 10 to 15 days. Other tests like Anti-Dnase B Test can also be performed.

High ASO levels which decline subsequently indicate a Streptococcus infection which is resolving or being cured.

A positive result in the ASO test (Higher than normal ASO levels) confirms a past Streptococcal infection. A positive result can thus help in the diagnosis of conditions like Poststreptococcal Glomerulonephritis (PSGN), Pediatric Autoimmune Neuropsychiatric Disorders Associated with Streptococcus (PANDAS), and rheumatic fever.

Note: ASO Test results may be negative (within normal range) in upto 20% of the patients suffering from Acute Rheumatic Fever (ARF). Other tests may be performed to confirm the condition in these cases.

Q. How is this test performed?
This test is performed on a blood sample. A syringe with a fine needle is used to withdraw blood from a blood vessel in your arm. The healthcare provider will tie an elastic band around your arm to make the blood vessels swell with blood. This makes it easier to withdraw blood. You may be asked to tightly clench your fist. Once the veins are clearly visible, the area is cleaned with an antiseptic solution and then the needle is inserted into the blood vessel to collect the sample. You will feel a tiny pinprick during the procedure. Blood sample once collected will then be sent to the laboratory.
Q. Is there any risk associated with this test?
There is no risk associated with the test. However, since this test involves a needle prick to withdraw the blood sample, in very rare cases, a patient may experience increased bleeding, hematoma formation (blood collection under the skin), bruising or infection at the site of needle prick.
Q. Is there any preparation required before the test?
Inform the doctor about the medications you may be taking. No other specific preparations are usually required before this test.
Q. What additional tests can be prescribed by your doctor in case of abnormal ASO test result?
Additional tests that may be prescribed in case of abnormal ASO Titer test result are: · Anti-DNase B Test · Antihyaluronidase Test · Anti-Streptozyme Test · Rapid Streptococcal Antigen Test · Culture Tests (Throat, Sputum, or other tissues)
Q. What factors can affect ASO test results?
The ASO test results can be affected by: · Certain medications like antibiotics and corticosteroids · Bacterial contamination of sample · Liver diseases
Q. What complications may be caused by Streptococcus infection?
Infection of Streptococcus bacteria can cause the following complications: · Acute Rheumatic Fever (ARF) · Post Streptococcal Glomerulonephritis (PSGN) · Impetigo · Scarlet Fever · Cellulitis · Toxic Shock Syndrome · Oedema or swelling due to fluid accumulation · Hypertension or high blood pressure
Q. What is Acute Rheumatic Fever?
Rheumatic Fever is a complication of infection caused by Streptococcus bacteria and is common in children within 5 to 15 years of age. Common symptoms of rheumatic fever include: · Fever · Inflammation and pain in joints, especially of the limbs · Formation of nodules (Erythema marginatum) under the skin · Sydenham's chorea (Sudden jerky body movements) · Skin rash · Carditis (inflammation of heart)
Q. What is Post Streptococcal Glomerulonephritis?
Post Streptococcal Glomerulonephritis (PSGN) is a kidney disease which occurs due to an infection of Group A Streptococcus Bacteria. It is especially common in young children and causes an inflammation of the glomeruli (filtering units of kidneys). Symptoms include: · Oedema · Hypertension (high blood pressure) · Pain during urination · Low urine volume · Blood in urine PSGN is resolved by itself after the Streptococcal infection is treated. It is more common after a throat infection than a skin infection.
Q. What are the common symptoms of Glomerulonephritis?
Glomerulonephritis is a condition which causes inflammation of the kidneys and affects their functioning. Streptococcus infection can cause Streptococcal Glomerulonephritis in advanced or unresolved cases. Common symptoms of glomerulonephritis include: · Fatigue and weakness · Reduced output of urine · Blood in urine · Dark coloured urine · Rash · Joint inflammation and pain · Oedema (swelling due to fluid accumulation) · Hypertension (high blood pressure)
Q. What is Rheumatic Heart Disease?
Rheumatic Heart Disease (RHD) is a condition in which there is a long-term damage to the heart caused by either a single severe case or multiple recurrent cases of Acute Rheumatic Fever (ARF). Rheumatic fever is caused by infection of Group A Streptococcus bacteria and leads to inflammation of the connective tissues including the heart valves. Repeated inflammation or severe inflammation of the heart valves causes accumulation of scar tissues and prevents their normal functioning. This gives rise to Rheumatic Heart Disease. Symptoms of RHD include: · Fever · Inflammation of joints · Shortness of breath · Weakness · Discomfort or pain in chest RHD can cause severe complications including heart failure, bacterial endocarditis (bacterial infection and inflammation of inner lining of heart), rupture of valves, etc.
+ more