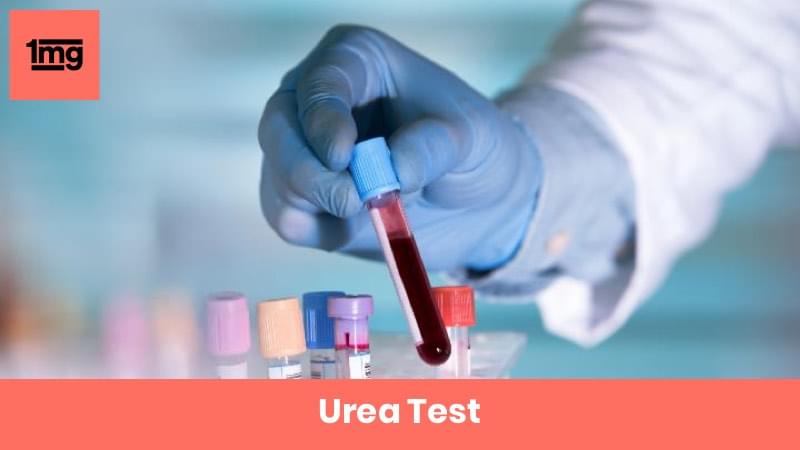 Urea is a metabolic by-product of the process of conversion of protein into amino acids. Urea is formed in the liver and is transported by the blood to the kidneys. The kidneys then excrete the urea with urine. The Urea Test or Blood Urea Nitrogen (BUN) Test measures the levels of urea present in the blood.

Why is Urea done?

The BUN Test is performed:

·         As a part of Metabolic Panel Tests for regular health checkups

What does Urea Measure?

Urea is a byproduct of protein metabolism. Proteins consumed in the diet are digested and converted into amino acids, which are utilized by the body. This metabolic process creates toxic byproduct ammonia. This byproduct is rapidly converted by the liver to form urea, which is less toxic and is transported relatively safely in blood. Following this, urea is transported by the blood to the kidneys. The kidneys then filter it out of the blood and excrete it out of the body in a solution called urine. This process continues and the body keeps producing and excreting urea, hence maintaining a low and steady level of urea in the blood.

The BUN test measures the amount of urea present in the urea. The levels of BUN test in the blood are affected due to impairment of kidney function, or due to large scale liver conditions. Primarily, BUN Test results are used to evaluate kidney functioning. Results are often interpreted together with results of Creatinine Tests that measure the levels of another metabolic waste (creatinine), which is also excreted in the urine.

Higher than normal BUN levels indicate impaired kidney function which means the kidneys are unable to effectively filter waste products out of the blood.

Lower than normal BUN levels are usually clinically insignificant. However, lower levels may be associated with large scale liver conditions in some cases.

Q. How is the blood sample taken?
The healthcare provider takes a blood sample from the arm. The site from where the blood is to be withdrawn is cleaned with a swab of rubbing alcohol. This is then followed by inserting a small needle which has a tube attached to it for collecting blood. Once the sufficient blood for analysis is withdrawn, the needle is removed. The site is then covered with a gauze pad.
Q. Is there any risk associated with the withdrawal of blood sample procedure?
As such there is no risk but in few cases, bruising, bleeding, and infection at the puncture site can be seen. In very few cases, there can be swelling of the vein after the blood is withdrawn.
Q. What factors can reduce the levels of BUN test?
Low levels of Blood Urea Nitrogen may occur due to: · Severe liver damage or liver failure · Malnutrition · Severe protein deficiency · Drinking excessive water or excess fluids inserted through IV
Q. What are the common symptoms of kidney disease that may necessitate a BUN Test?
The doctor may suggest getting a BUN test if the patient experiences the following symptoms: · Frequent urination · Low urine volume · Painful urination or difficulty during urination · Foamy, bloody, or dark colored urine · Poor appetite · Itching · Fatigue and weakness · Swelling (edema), especially in the lower limbs, around the eyes, face · Muscle cramps · Sleeping difficulty · Pain in the mid back region just below the rib cage (location of kidneys) · Hypertension (high blood pressure)
Q. What can produce false results in the BUN Test?
False results can appear in the BUN Test due to a number of factors, including: · Protein rich diet · Use of steroid · Dehydration · Burn injury · Aging · Certain medications like carbamazepine, methotrexate, rifampin, etc. · Pregnancy
Q. Is there any preparation required before the Blood Urea Nitrogen test?
Inform the doctor about any medications you may be taking as certain medications like carbamazepine, methotrexate, rifampin, etc. can falsely elevate BUN levels. No other preparations are required unless specified by your doctor.
Q. What is BUN to Creatinine Ratio?
The BUN test can depict false results due to various involved factors. Hence, blood creatinine test is performed to measure creatinine levels in the blood, as it is another form of waste going in the urea. Then, the results of both these tests are interpreted together and expressed as a ratio of BUN to Creatinine, the normal range of which lies between 10:1 and 20:1. The BUN: Creatinine ratio serves as a better indication of kidney function than BUN values by themselves. Also, the ratio helps in the identification of conditions affecting kidney function but not directly related to kidney disorders, like congestive heart failure, bleeding in the gastrointestinal tract, etc.
Q. What other tests can be prescribed by your doctor in case the results of Blood Urea Nitrogen Test are not normal?
Others tests that may be prescribed upon appearance of an abnormal result in the Blood Urea Nitrogen Test include: · Kidney Function Tests · Blood Creatinine Test · Glomerular Filtration Rate · Blood Sugar Tests · Lipid Profile Test · Imaging Tests
Q. What factors can give rise to high BUN levels?
High levels of Blood Urea Nitrogen may occur due to: · Heart diseases · Congestive heart failure · Recent heart attack · Bleeding in the gastrointestinal tract · Dehydration · Severe burns · High levels of dietary protein · Kidney diseases · Renal failure · Urinary tract obstruction · Stress · Shock
+ more

Sterling Accuris Diagnostics is an ISO 9001:2015 Certified Company. It is the largest and most comprehensive pathology laboratory of Gujarat. At Sterling Accuris Diagnostics, we provide a wide range of pathology services that fit the needs of an individual. Moreover, we have the expert team of pathology specialists and the technologically advanced infrastructure to help meet individual needs.
Know More
User Reviews
P
Praful
Best
K
Kinnari Patel
Nice