Epitril 0.25mg Tablet MD is a prescription medicine used to treat epilepsy (seizures) and anxiety disorder. It helps to decrease the abnormal and excessive activity of the nerve cells and calms the brain.

Epitril 0.25mg Tablet MD may be taken with or without food. However, take it at the same time each day as this helps to maintain a consistent level of medicine in the body. Take this medicine in the dose and duration as advised by your doctor as it has a high potential of habit-forming. If you have missed a dose, take it as soon as you remember it and finish the full course of treatment even if you feel better. You should not stop this medicine suddenly without talking to your doctor as it may increase the seizure frequency and can cause nausea, anxiety, flu-like symptoms, and muscle pain.

Some common side effects of this medicine include fatigue, depression and impaired coordination. It may also cause dizziness and sleepiness, so do not drive or do anything that requires mental focus until you know how this medicine affects you. It is important to inform your doctor if you develop any unusual changes in mood or depression as this medicine may cause suicidal thoughts.

In Treatment of Anxiety disorder

Epitril 0.25mg Tablet MD stops your brain from releasing the chemicals that make you feel anxious so it can reduce the symptoms of excessive anxiety and worry. It can also reduce feelings of restlessness, tiredness, difficulty concentrating, feeling irritable and sleep problems that often come with Anxiety Disorder. It will therefore help you go about your daily activities more easily and be more productive. Keep taking this medicine even if you feel well. Stopping suddenly can cause serious problems.

In Treatment of Epilepsy/Seizures

Epitril 0.25mg Tablet MD slows down electrical signals in the brain which cause seizures (fits). It can also help reduce symptoms such as confusion, uncontrollable jerking movements, loss of awareness, and fear or anxiety. The medicine can allow you to do some activities that you would otherwise be forbidden or scared to do (such as swimming and driving). It can take a few weeks for this medicine to work (because the dose has to be increased slowly) and during this time you may still have seizures. Do not stop using this medicine even if you feel well, until your doctor advises you to. Missing doses may trigger a seizure.

Side effects of Epitril Tablet MD

Common side effects of Epitril

How to use Epitril Tablet MD

Take this medicine in the dose and duration as advised by your doctor. Do not handle the tablets with wet hands. Put it in your mouth but do not swallow it. Epitril 0.25mg Tablet MD may be taken with or without food, but it is better to take it at a fixed time.

Epitril 0.25mg Tablet MD is a benzodiazepine. It works by increasing the action of a chemical messenger (GABA) which suppresses the abnormal and excessive activity of the nerve cells in the brain.

What if you forget to take Epitril Tablet MD?

If you miss a dose of Epitril 0.25mg Tablet MD, take it as soon as possible. However, if it is almost time for your next dose, skip the missed dose and go back to your regular schedule. Do not double the dose.

Epitril 0.25mg Tablet MD belongs to a class of medicines called benzodiazepines and is used to treat anxiety, stop seizures (fits) or relax tense muscles. This can also help relieve difficulty sleeping (insomnia), and is usually prescribed for a short period of time, if used to treat sleeping problems. You should take it in the dose and duration advised by the doctor.

Q. For how long should I take Epitril 0.25mg Tablet MD?

The duration of treatment with Epitril 0.25mg Tablet MD is mainly as short as possible. Your doctor will evaluate you after 4 weeks of treatment in order to assess the need for continuation of treatment, especially if you do not have any symptoms. Before taking you off this medicine, your doctor may gradually decrease your dose to prevent any withdrawal side effects. Follow your doctor’s instructions carefully to get the most benefit.

Q. Is it safe to take Epitril 0.25mg Tablet MD and alcohol together?

No, do not stop taking Epitril 0.25mg Tablet MD suddenly as you may experience withdrawal effects like depression, nervousness, difficulty in sleeping, irritability, sweating, upset stomach or diarrhea. Stopping it suddenly may even bring back the symptoms and make them harder to treat. You may also experience mood changes, anxiety, restlessness and changes in sleep patterns. These effects may occur even after taking low doses for a short period of time.

Q. Are there any foods we need to avoid while taking Epitril 0.25mg Tablet MD?

Sandoz House, Shiv Sagar Estate, Worli Mumbai -400 018, India
Country of origin: India
NOT FOR SALE
We do not facilitate sale of this product at present 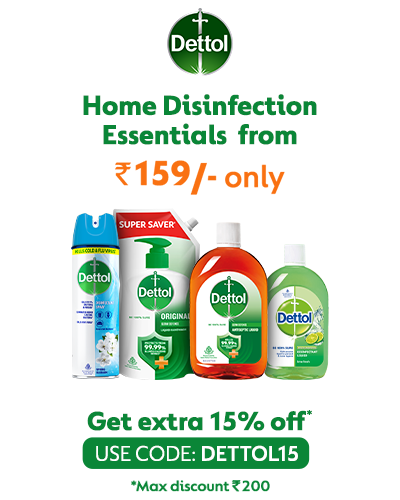