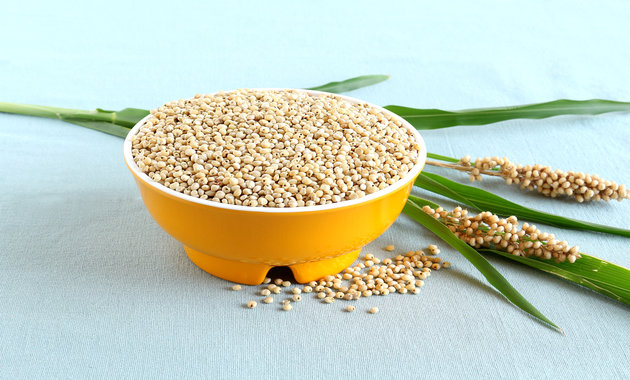 Sorghum is the fifth most commonly grown grain in the world. Though it is overlooked by many western countries, it cannot be denied that it has many health benefits which make it worthy to be included in your routine diet. But due to its versatility as a food source, animal fodder and bio fuel, it is now extensively grown in the United States It is one of the ancient cereal grains which were found more than 5000 years ago in several parts of Africa and Australia. One of its commercial usages is in the gluten-free flour space. It is, therefore, included in both store bought blends of flour or sold as an individual commodity as sorghum flour.

Some of the lesser known health benefits of sorghum are:

The tannins found in the bran of sorghum contain enzymes that regulate the absorption of starch in the body which can help in controlling insulin and glucose levels in the body. Carbohydrates break down into simple sugars in the body and shooting the glucose levels up leading to diabetes or increasing risk for people who already suffer from it. With the help of sorghum, this level is balanced, and the sugar levels in diabetics remain stable.

Up to 35% Off on Diabetes Supplements

It serves as an excellent substitute for those are not gluten tolerant. Substituting sorghum flour with the regular one can help in preventing bloating, constipation, fatigue, diarrhoea, It also improves the digestive system. Another advantage of sorghum is that it is grown with traditional hybrid seeds that combine several types of sorghum grasses. Unlike other flours like wheat which uses genetically modified ingredients, sorghum is a non-GMO item. Genetically modified foods are allegedly linked to allergies, learning disabilities, inflammation and digestive issues, etc.

3 . Obstructs the growth of Cancerous Tumours

Compounds found in sorghum called 3-Deoxyanthoxyanins (3-DXA) are contained in sorghums that are dark coloured. It is not found in great quantities in the white sorghum. Experts have tested the extracts of red, white and black sorghums and found that all the three had a considerable antiproliferative effect on human colon cancer cells.

Sorghums are loaded with wide variety of phytochemicals like tannins, phenolic acids, phytosterols, anthocyanins and policosanols. It is known that the layer of bran of sorghum contains a higher amount of antioxidants than fruits like blueberries, strawberries and plums.

Scientists have observed the richness of sorghum in terms of They fed varying levels of sorghum lipids to hamsters for four weeks and saw that the fats in sorghum significantly reduced the non-HDL cholesterol in them. HDL cholesterol remained unaffected on the other hand.

Sorghum immunes your body from developing anaemia. It contains copper and iron and similarly like magnesium and calcium, copper helps in the absorption of iron in the body. It helps in the building of red blood cells development and acts as a stimulant in the circulation of blood flow.

Indigestion? 5 Ayurvedic Herbs For You To Try!
The Top 4 Secrets To A Healthy Life As You Age!
Excessive Tiredness Could Be A Sign Of Vitamin B D...
7 Calcium Rich Foods For Vegetarians
5 Reasons Why You Should Give Brussels Sprouts A T...
Spice It Up: 5 Kitchen Spices That Burn Body Fat
Healthy Eating VITAMINS MINERALS NUTRIENTS, Superfoods